Benvenuta Italia! – Welcome Italy! has been conceived a tantalizing overture to DIE GALERIE‘s exciting fifth decade. As the inaugural exhibition of the decade ahead, its focus is on Italy and many exceptional talents. The works on display, spanning from the Transavanguardia to Pop Art and from New Figuration to contemporary abstraction, offer a varied and differentiated view of the Italian art world.

Influenced by Surrealism, Pop Art and (in his material works) Arte Povera, Enrico Baj is one of the most important protagonists of 20th century Italian art. Alongside exemplary paintings and drawings, a special selection of his colorful masks composed from diverse found objects and materials awaits your discovery at DIE GALERIE. A medley of the unusually reduced and elaborate mosaics by Sandro Chia, a principal member of the Italian Transavanguardia, will also be on display. Valerio Adami, the Master of Italian Pop Art, as well as the author and painter Emilio Tadini, will both be represented with large-format paintings. The unparalleled theatre maker, actor and Nobel Prize winner Dario Fo only revealed himself as a painter late in life. And with Carlo Manini and Riccardo Cordero (next to the art historical heavyweight Marino Marini), two sculptors linked by a shared minimalism but marked by a very contrary choice of materials finally meet. The basis of the given sculptor‘s beautiful work and the correlative classical simplicity is stone on the one hand and metal on the other. You can also look forward to works by Piero Dorazio, Mimmo Paladino, Mario Schifano and others. 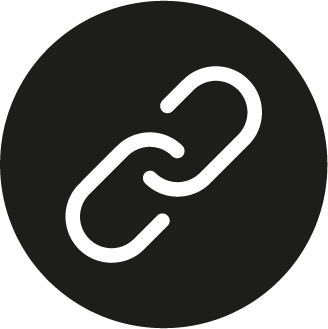 Highlight of the month 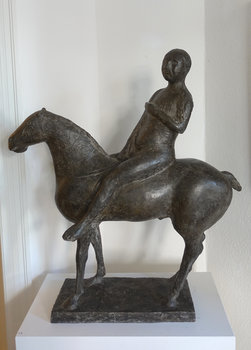 
Cavaliere is one of the series of equine sculptures that Marino Marini executed in the 1930s and 1940s which use a reductive simplicity of form to celebrate the ancient and sacred relation ship between man and horse in the attempt to convey this mystic union as a single, tangible and very material presence. Owing much to the elegant and simple forms of ancient Etruscan sculpture as well as to the modern Etruscan influenced sculpture of Arturo Martini, many of these 1940s works, including Cavaliere, deliberately contrast the earthy materiality of the united man/horse figure with a deep sense of spirituality. This sacred marriage between man and nature was one that Marini believed was under thr eat from the modern world.

'The whole history of humanity and nature lies in the figure of the horse and rider in every period,' Marini wrote. 'Since my childhood, I have observed these beings, man and horse, and they were for me a question mark. In the be ginning there was a 'harmony' between them, but in the end, in contrast to this unity, the violent world of the machine arrives, a world which captures it in a dramatic, though no less lively and vitalizing way' (quoted in Marino Marini, Pistoia, 1979, pp. 29 30.)

Recalling the simple archaic beauty of Etruscan art, Cavaliere uses a simple elegance of form to articulate this theme of Man and Nature and to invoke a sense of the mystery and primal energy of the ancients. Marini once observed that the most powerful source for his horse and rider image was that of the crowds of people fleeing Milan on horseback before the advancement of the Allied armies at the end of the Second World War. Evidently, the timeless image of the horse and rider impressed itself on Marini as a dramatic and poignant contrast to the collective anonymity and impersonality of a modern mechanized army on the march. In addition, the fact that in their panic and despair, people resorted to this more ancient but more personal, practical and animistic form of transport would also have impressed an artist who considered Etruscan and Egyptian art superior to the more derivative arts of Ancient Rome, the Renaissance and even classical Greece.

Marino Marini´s Cavaliere will be one of the highlights of our upcoming exhibition Benvenuta Italia! (January 23 - March 21, 2020). Don´t miss the chance to admire this amazing sculpture with your own eyes and come visit us in DIE GALERIE!